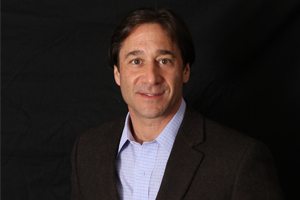 Original Consumers Oil served the NYC market from 1920 to the mid-1990s and was founded by the Singer family in 1928. The Singer family purchased Robison from Mobil Oil in 1980 and sold Original in 1995 in order to grow Robison. Original Energy was recently welcomed back to the Singer and Robison family to serve the five boroughs to offer our customers premier customer service, competitive pricing, and energy expertise.

“As the industry is evolving into fewer oil companies and more natural gas, we recognized the need to dedicate a new division to our customers in the five boroughs,” Singer said. “Jim Slattery is highly regarded for his superior customer service during his former years with Robison from 1988 through 1995 and I am thrilled to have him back as my partner in this new division.”

Robison Energy is the largest full-service oil and natural gas company in Westchester County, and we have been serving the residential community and commercial customers since 1921. The Singer family, acquired the company in 1980, and they have been in the heating oil business in the New York Metropolitan area since 1927. Today, Robison delivers home energy services to over 25,000 satisfied customers, ranging from fuel oil delivery, oil heat service, HVAC service, natural gas supply, natural gas service and electricity to licensed plumbing. For more information, visit www.robisonoil.com

James Slattery
President
jslattery@originalenergy.com
914.847.0317
Jim Slattery is the President at Original Energy. Jim has worked for Stuyvesant Fuel/Energy Corp and Original Consumers Heating Oil Corp as sales manager, VP of Sales and now President since 1988. Jim is involved with many charities, a few being: Community Mainstreaming Associates, Project to Cure, The Lead the Way Fund for Army Rangers & Juvenile Diabetes Research Foundation. Jim is a graduate of SUNY Brockport. A New York City native, Jim and his wife, Donna have been married for over 27 years and have children, Sean a 2013 Graduate of the United States Merchant Marine Academy at Kings Point and Lauren a sophomore studying business at Iona College.

Anthony Corvino
Vice President of Sales
acorvino@originalenergy.com
914.847.0319
Anthony has more than 10 years of experience in the energy industry. Before joining our team, he worked as a sales manager for Stuyvesant Fuel, bringing in new accounts for both natural gas and heating oil. Anthony uses that experience and knowledge to good effect at Original Energy, where he handles both new accounts for natural gas and oil-to-gas conversions. When he’s not working, he enjoys being with his family and coaching his children in football and lacrosse. Anthony is also a college football official.

Christine Monahan
Vice President of Sales & Marketing
cmonahan@originalenergy.com
914.847.0318
Christine’s background includes working in property management for the venerable Brown Harris Stevens real estate firm in Manhattan. She is also skilled in Information Technology and worked as a computer trainer for Apple. At Original Energy, her varied tasks include office management, sales presentations and in-house marketing. Christine also helps oversee hundreds of oil-to-gas conversions each year. Christine takes pride in the accomplishments of her four children and counts photography as one of her favorite hobbies.

Darren Levine
Managing Director, Lighting
dlevine@originalenergy.com
914.847.0240
Darren joins us with over 15 years of commercial real estate service experience. He has successfully launched two companies within the industry. Before joining our team, Darren served as the VP of Special Projects for Platinum Maintenance, where he oversaw two operating divisions.

Tim Riley
Director of Financial Services
triley@originalenergy.com
914.847.0230
Mr. Riley’s professional tenure spans over twenty-one years in financial services and the wholesale mortgage market representing notable firms such as, GE Capital Mortgage Services, GMAC Mortgage and First Franklin Financial/National City Bank on both a regional and national basis. As a senior level manager, Mr. Riley has had the task of creating sales infrastructures, overseeing strategic partnerships, increasing efficiency and boosting productivity. In his management capacity, Mr. Riley has developed a strong network of relationships that engage in private banking, PE, structured finance and alternative investments. Focus throughout his career has been in the area of sales & marketing, business development, coaching & leadership, process improvement and project management.

David Seicol
Inside Sales Manager
dseicol@originalenergy.com
914.847.0215
A graduate of Lehigh University with a B.S. in Business and Economics, David worked as an account executive in computer services and micrographics services before joining Robison Oil in 1990. In 1995, he began managing commercial sales for Robison throughout Westchester and Putnam counties. Today, as the Insides Sales Manager for Original Energy, David’s tasks include tracking and analyzing daily oil prices; overseeing customer service requests for commercial clients, new accounts and retention accounts. David and his wife, Lorraine are long-time residents of White Plains and have two grown sons.

Marc Matza
Senior Managing Director
mmatza@originalenergy.com
914.847.0354
Marc is an energy industry veteran who spent the first half of his career managing multifamily residential apartment houses and 20 years ago decided to join Stuyvesant Energy selling various energy products to meet the needs of the commercial market. Stuyvesant was sold in 2008 to a fortune 100 company and Marc joined the team – recently Marc chose to join Original Energy as an executive enabling him to better serve his customers’ needs on a more personal and advisory driven relationship.

Marc is an avid golfer, involved with many local charities including the Sid Jacobson JCC and a benefactor to the University of Michigan Athletic department. Marc and his wife reside on the North Shore of Long Island and enjoy many weekends with his 3 grown daughters.

Bill Sohmer
Sales Director
bsohmer@originalenergy.com
914.847.0301
Bill Sohmer is a veteran of the commodity energy sales industry, having history with Original dating back to 1994 before it was transferred to Stuyvesant Fuel. Bill continued with that new entity until it was acquired by Hess. Not so long upon the relaunch of Original Energy Bill was back in familiar surroundings.

Bill currently lives in Long Beach, LI and has a big family with 4 brothers and sisters. Bill has a son Steven, a graduate of Albany and is currently in Law School.

Feel free to ask Bill to join you for a weekend escape as he’s an avid Skier as well as a big music lover (blues & classic rock), and season ticket holder for Rangers and Giants.

Marco Tolisano
Sales Analyst
mtollsano@originalenergy.com
914.847.0247
Marco graduated from the Pforzheimer Honors College at Pace University with a Bachelors Degree in Business Management. Shortly after graduating from Pace in 2011, Marco worked for 2 years with a nonprofit organization helping people save their homes from foreclosures. At Original, Marco takes on various tasks as a sales analyst that range from completing detailed oil, electric, and natural gas analysis’ for customers, educating clients while walking them through the benefits of oil to natural gas conversions, and making sure all local laws are being complied with. He is always readily available for any update or question a client may have or need at anytime, and is more than happy to provide any extra help that is asked for.

Brian Scally
Sales Analyst & Retail Pricing Coordinator
bscally@originalenergy.com
914.847.0268
Brian is a graduate of the University of Delaware. As a Sales Analyst at Original, Brian works closely with various projects including oil to gas conversions and tracking pricing for gas and electricity. Additionally, Brian has worked on developing a website portal where customers can order oil, track projects and make payments online. When Brian is not working he enjoys spending time at his summer house swimming, kayaking and paddle boarding.