The Perfect Storm on Oil Prices

Dan Singer’s article for MANN Report Management originally published in the February 2016 issue. https://mydigitalpublication.com/display_article.php?id=2384564&id_issue=289266 As those of us in the northeast peer out of our windows this heating season, we have seen little in the way of stormy weather. However, that does not mean that there is not a storm out there. In fact, there is a “perfect storm” occurring around us that will continue to impact energy markets for some time to come.

The first of these factors that we see in the domestic oil markets is good old supply and demand. Up until about six months ago all we heard about was the Balkans, Marcellus, the Canadian Tar Sands, and the Gulf shelf. Domestic oil and gas production was exploding (sorry for the choice of words). The nation was experiencing wide gains in supply while demand was plateauing or even declining due to global progress in conservation and alternative fuels. This was further compounded by record warm Fall weather adding to oil and gas inventories well in excess of the previous 5 year highs going into the current winter. If over supply was the only issue perhaps the markets would have been able to fend off the bears and hold on to previous “floors” on crude prices such as $60 or even $40 per barrel. Part of the problem for Energy Bull’s is that oil is bought and sold in US dollars.

Regardless of what any of the presidential candidates might think of current economic policy, the Federal Reserve believes that unemployment has fallen enough to support the beginning of interest rate hikes. As a result, the dollar has strengthened considerably against international currencies and the oil global producers are able to garner the same amount of rubles, riyals, or pesos for fewer dollars. 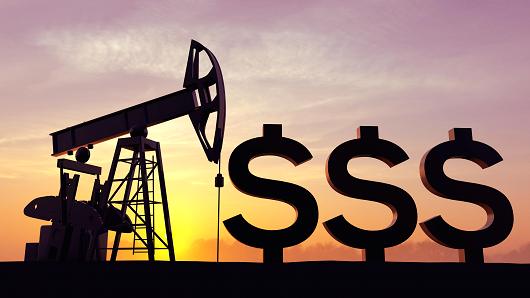 In addition, as any one of us with even the most modest of stock portfolio or 401k plan knows, something has been awry over the first few weeks of 2016. This has been driven by the tremendous concern over the general health of the Chinese economy and uncertainty as to whether that economy will continue to grow or possibly even contract. A large part of what has driven the surging oil prices of the past decade (except for the 18 months of the “Great Recession”) has been the assumption that no matter how much oil the world could produce, the Chinese will always demand more.

The current state of Asians economies now weighs heavily on the minds of oil speculators. In addition to weaker Asian demand, the fear of further terrorism in Europe also has economists unsure of what 2016 holds for the fragile European economies and their demand for energy. Perhaps the most serious contributor to this perfect storm for Energy bears is the unforeseen way that oil seems to being used as a weapon by certain OPEC producers. Ever since the oil embargo years of the 1970’s we have grown accustomed to the risk of major Middle East oil producers cutting production to affect their political will. However, the reality is that as of this past November, the world oil producers were pumping nearly one millions barrels per day ABOVE the projected global demand. Why you might ask? Due to the recent lifting of international sanctions, Iran is poised to start exporting massive amounts of oil to the global markets.

However their partners within OPEC such as Saudi Arabia and other Sunni Gulf nations are bent on keeping the economic pressure on the Shiite leadership of Iran and their Russian benefactors by producing more oil to drive prices down. This comes on the heels of the largest quantity of Iraqi oil exports since before the first Gulf war in 1991. So no matter how much the world says “don’t worry, we have enough product” the Sunni producers keep saying “that ok, here’s some more.” So just like football season, you would think that all good things must come to an end. However, even though I do agree with those that feel as if we are nearing a bottom (even the Saudi’s can’t afford to produce oil much below $25 per barrel) I don’t think the rebound will be as sharp as some fear. When energy prices do start to rise; it will be much easier for our domestic producers to turn the spigot back on. The various shale deposits have been tapped and technology to extract that oil has improved dramatically.

Alternative energy sources continue to become more viable and a domestic infrastructure is ready to be built out. I am not saying that we will see prices stay as low as they are now for an extended period of time, but I do think we will be spared the return to crippling energy prices that dominated recent history for at least the next several years. Just as the Jersey shore and Southern Long Island are still dealing with the aftermath of Superstorm Sandy, I think the impact of this “Perfect Storm” will be felt for some time to come.
Dan Singer, COO Original Energy
dpsinger@robisonoil.com
914-847-0258
www.originalenergy.com