Cleaning Up the Air We Breathe

Clean air should be an inalienable right, yet 4 out of 10 people in the United States live in counties that have harmful levels of either ozone or particle pollution, which can negatively affect their health. More specifically, Westchester County, NY, has earned an “F” grade for air quality. These facts, reported in the American Lung Association’s “State of the Air 2017” report, are a clear indication that more needs to be done to eradicate dangerous air pollutants.

Air pollution is a serious matter. In the short-term individuals can experience symptoms including eye irritation, headaches, nausea, allergies, and nose, throat and respiratory infections. More severe long-term effects may include chronic respiratory disease, heart disease and an increased risk of heart attacks, damage to major organs of the body and even lung cancer. The New England Journal of Medicine also reported in June that long-term exposure to air pollutants ozone and particulate matter increases mortality.

Fortunately, Westchester County’s diminished air quality is finally being addressed. In June 2016, the Westchester County legislature unanimously approved legislation to reduce the soot produced by the residual fuels, No. 6 and No. 4 oil. These dirty fuels contain contaminants such as sulfur and nickel, which produce noxious gases, blackening and contaminating the air. The legislation states that No. 6 oil, the least expensive, yet dirtiest fuel, will be banned as of July 1, 2018, and No. 4 oil will be banned by July 1, 2020.

Westchester government officials are following in the footsteps of New York City, which also had extremely poor air quality, but took proactive steps to change what had fast become a dire situation. Back in 2011, one percent of all buildings in New York City burned No. 6 and No. 4 oil. Although at first glance this number does not appear high, these buildings accounted for 86 percent of the total soot pollution from all city buildings. Putting this in perspective, these toxic emissions produced more pollution than the exhaust of all the cars and trucks in the city combined. 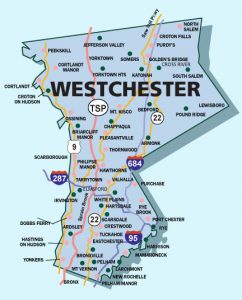 In 2011, Mayor Michael Bloomberg, as part of his environmental agenda, enacted regulations that would eliminate the use of No. 6 oil by July 2015 and No. 4 oil by 2030. In response, many building owners and managers upgraded their heating systems and began using ultra-low-sulfur No. 2 oil, which runs cleaner and requires less equipment maintenance. Others converted to natural gas. As a result, emissions from buildings using heavy oil were reduced by a whopping 65 percent from 2011 to 2015. In just four short years, New York City enjoyed its cleanest air in 50 years.

Westchester government officials and environmentalists hope the county will meet with similar success. However, there are still hundreds of commercial properties in Westchester that need to eliminate toxic heating oils. Some property owners and managers remain unaware of the new regulations, while others understand the need to update their equipment, but are overwhelmed by the potential costs and are unsure of how to best proceed.

Original Energy, which has its roots in Westchester County and has been delivering energy products and service solutions to New York metro area customers since 1928, is committed to educating building owners and managers about Westchester’s heating regulations and streamlining the process to bring their buildings up to code. The company has assisted in the successful completion of over 200 conversions in the New York City metro area and can help in two ways. It can serve as a contractor, helping customers upgrade or replace existing equipment, so that it is compatible with No. 2 oil, or help in the conversion to natural gas. Alternatively, Original Energy can provide project management services, researching contractors and seeking bids for the necessary work.

Many building owners and managers support Westchester’s legislation to improve air quality by prohibiting No. 6 and No. 4 oils, but are concerned about their ability to finance the conversion of their heating systems. Original Energy can provide financing assistance so that these building owners have the funds they need to complete their upgrades before the county’s deadlines. Building owners and managers need to take immediate steps to eliminate dirty fuels and move Westchester’s “F” rating for air quality to an “A”. When that happens, everyone will breathe easier.

Please feel free to give us a call regarding your energy needs and how we can help.